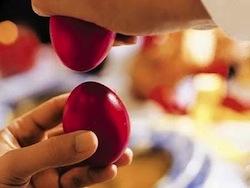 …to us Easterners. Still not the same without mageiritsa, but the midnight service had a particularly cozy feeling.

The outdoor bit was finger-numbingly chilly, however, so I wondered how much booze was running in the veins of the clubbing girls we saw while walking back, the kind in dishtowel-sized dresses and skyscraper-high heels.

Here’s to successful negotiations, later in the month, about taking over St Martin’s church permanently. It’s a listed building, so it’s not going to fall to ruin, but it would be much better put back to its original use.

I like Cracked. Beyond funny as hell, they can be amazingly insightful. Sometimes the insights are obscured by the lulz, but sometimes they’re so clear that the only reaction can be ‘yeah, what s/he said’.

This is the latest, brand-spanking-new specimen of the latter category:

I don’t watch The Walking Dead, comics leave me indifferent, and I’ve always found Superman overrated and irritating. I’m a Star Wars fan, though, and that part says everything I could never have found the words to express myself.

According to recent research by Nielsen, the countries where people are most pessimistic are:

On the other hand, the countries with the most optimistic people are:

Flabbergasted reader’s reaction: DUDE, WHAT ARE YOU ON??? (Can I have some too?)

This just in, courtesy of StumbleUpon.

Judging a book by its opening line is more reliable than by the cover – lines don’t get affected by editions – but still a crapshoot anyway.

$chool i$ really great. I am making lot$ of friend$ and $tudying very hard. With all my $tuff, I $imply can’t think of anything I need, $o if you would like, you can ju$t $end me a card, a$ I would love to hear from you.

I kNOw that astroNOmy, ecoNOmics, and oceaNOgraphy are eNOugh to keep even an hoNOr student busy. Do NOt forget that the pursuit of kNOwledge is a NOble task, and you can never study eNOugh.

Yes, I know I went AWOL around the Jurassic era. Rumours of my extinction have been greatly exaggerated, nonetheless. 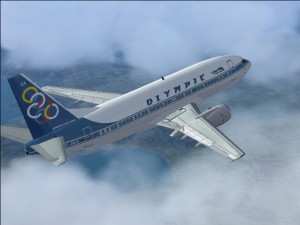 £15 a head for WiFi access overnight? In a posh place around the corner from Heathrow? Sheesh… Even Starbucks have their access free now – and who would have thought I’d have a single good thing to say about the places?

After several days of hard work, poor health, and as many curve balls as I could possibly handle, I’m finally off for a much-deserved fortnight in Greece with my side of the family. There will be limited internet there, so I may drop by with something extra quaint, concerning either the spousal unit’s linguistic vagaries or the latest additions to the list of victims of Spawn’s overwhelming charm. I’ll be back with more snark when we return!

It’s my second wedding anniversary today, so spousal unit and I will be swanning off after Spawn is in bed, for a diner à deux at the same place we held our reception. It will be nice to enjoy the feel of the place properly, without a whole guest party around me and being the centrepiece.

Nice reversal: Back then I couldn’t drink because I was pregnant. Now spousal unit can’t because he’s driving. Payback! *fistpump*

Happy Midsummer to all and sundry; don’t let your bonfires run wild.

No, not the SCA (that’s a story for another time). It’s just the people at Sporcle, outdoing themselves in the creative chuckling department. I got 14/19 and 16/20 respectively. 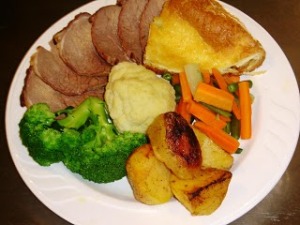 I wonder who came up with the idea that Sunday isn’t Sunday without a full roast for lunch.

It’s Sunday! Day of rest! So let’s spend half of it preparing a huge meal that we don’t really need, and the other half dealing with the unholy amount of washing up that such a meal generates.

Spousal unit does the roast, and then floops about in ostentatious exhaustion. That effing roast would need way more trimmings to match up to the twenty other meals I cook during the week, mate.

120 million viewers all over Europe (mostly) watched the finals of the 55th annual Eurovision Song Contest, live from Oslo, Norway, last night. As usual, there was satisfaction and grumpiness, depending on which camp one was cheering for, but overall it was a big, colourful, fun party. According to veteran UK commentator Sir Terry Wogan, ‘Eurosong’ is not a contest at all. It’s a music fair; a gathering for European countries to showcase and celebrate their music to the rest of the continent. There is an element of competition thrown in, to keep things interesting, but deep down it’s a party, meant to be fun and not taken seriously.

For the record, here are the results, including snippets from the top performances of the evening, for the Sunday recreation of the rest of the world.