Only a couple of weeks ago I read A Legacy of Spies, published last year; as ever with le Carrè, having to concentrate hard on the intricacies of the plot while drooling with appreciation at the vibrancy of his descriptions, both of people and places. And now I have almost finished re-reading Smiley’s People – written 40 years ago and as intriguing as ever. END_OF_DOCUMENT_TOKEN_TO_BE_REPLACED

The 1914/18 war was  always in monochrome; and film footage always depicted armies marching in double time, gesticulating like robots. But all that has changed, thanks to the modern technology Peter Jackson has deployed to shocking effect. I cannot imagine the reality of blood and guts in the trenches when the whole picture is revealed. Lest we forget? After this we never will. 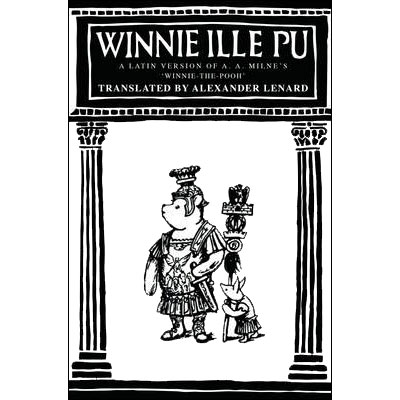 I happened upon the trailer to ‘Christopher Robin’ the other day;  a film (as my reader knows) about the denizens of Ashdown Forest, just down the road from here – which I can see as I write.

So just imagine my mystification when I heard my little ursine friend speak! Wasn’t that a Transatlantic accent? Yes, of course, he is ‘spoken’ by Jim Cummings, who is Disney’s go-to voice for their animal animations.

But then, said I to m’self, said I: the Bear of Very Little Brain (and his friends) are well-known polyglots, talking to their readers all over the world. Even to Romans, in the 1960 best-seller. Salve, Pooh!

I’ve got a job at the Water Company and it’s well boring.

My job at the Job Centre is OK but if I’m fired I’ll have to come in the next day to talk to my colleagues.

I recently found out that I am genetically connected to a Native American tribe. The first thing I thought was “How?” 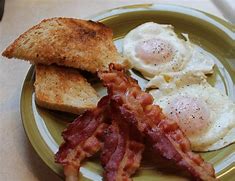 We need a fresh horse for the Chariot
So I’m stalking my prey with my lariat.
When I’ve  tracked the beast down
And we’ve hacked back to town
I’ll need bacon and eggs at the Marriott.

Don and Kim’s unprecedented head-to-belly calls for some creative thought. Geneva won’t do – because the boy went to school nearby. Singapore is too, well, Asian. So for me, that leaves Cuba, which has all the requisites for a world title fight. History, communism, cigars, Gitmo (the honey-pot destination for serial-killers) – and proximity to Florida for the inevitable round of golf. Don claims to play off nine; no doubt matched by Kim’s as-yet-unpublished handicap. Cuba will also enable Don to show off his perhaps limited Spanish vocabulary, upstaging the (allegedly) polyglot Korean. Covfefe, por favor, barista. And Ladies and Gentlemen, your Master of Ceremonies for this headline bout is none other than the darling of the media, winner of the Nobel Prize and everybody’s best friend, Barack Obama! Enjoy!

Side whiskers, mutton chops and handlebar moustache are just some of the varying facial hair styles for men. Being clean shaven all my life I have never tailored my facial appearance with any sort of fuzz. It’s all been done before, hasn’t it? And for the beardy-wearers you end up with a nickname of a more famous person. Here’s Heisenberg. Here’s Abraham Lincoln. Here’s ZZ Top. Here’s Freddie Zapata. Here’s …

However, while tugging at my smooth chin in deep Thinker thought I decided to let there be growth. And, naturally it had to be a new style. I viewed acres and acres of all the furs that were man made and opted for a variation on the neck chop.

The neck chop would be trimmed back and hair would only grow on my Adam’s apple. This Spartan look doubles up as a new trend and fool proof safety measure as it means I won’t cut my AA with a razor blade. Shaving around this area is Eden hazardous. Problem solved.

Funny old thing the Adam’s apple. Eatemallogy says it’s from the bible involving fruit and the first man. He bit off more than he could chew and it got stuck, apparently. My own belief is that it didn’t originate from the dawn of time but was coined by Milton Bradley. Yes, we’re talking Operation here. Charley Horse, Bread Basket et al. Including, Adam’s Apple. Careful with those tweezers, Eugene.

Gold is very yesteryear, innit? Silence – which is undoubtedly golden – has no place here and speech is silvern. Hence this flattering new portrait which shows me (l) in the limelight and Backside in the shade, just as it should be.

Any road up, we hope you like our new livery – although once again, Backside’s actual words do not bear repetiton. Goodness knows what’s eating him this time.