There I was watching the golf from Augusta when … 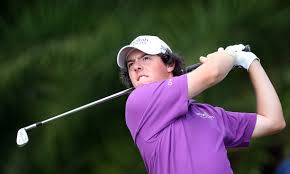 Never one to make viewing easy, our cherished North Briton dragged us through his highs and lows with the skills of a Proms conductor. It was descant and bass in quick succession and we were poised to disown him again, as his friend Novak seemed to be taking charge. But no, his Caledonian courage saw him through.

Meanwhile, our other provincial hero, young Rory, gave another masterclass to his rivals and must soon decide where his allegiancies lie for Rio 2016. Will the green be his colour as well as his arena?

While cherished cynics pooh-pooh the eighty-seven hour ride around the magnificent French campagne, there are those of us who will be pleased that three English riders have proved better than the rest. And although outspoken Daley Thompson believes that athletics are the superior discipline (his own claim to fame relies on his failure to be good enough at any one of his ten to be a world-beater like Steve Redgrave), I defy anyone to doubt the skill and dedication displayed by the Sky team in sealing first and second places overall for Bradley Wiggins and Chris Froome and three* explosive stage wins for Mark Cavendish.

As a footnote, the spectacle was a welcome counterpoint to English fortunes at the Oval and Royal Lytham, where Soutie’s mates won all the laurels.

Never let it be said that I don’t think of you.

A little help here please, with the Ryder Cup starting later this week Celtic Manor is obviously in the news a little, all are pronouncing it ‘Keltic’ (with a hard ‘K’), I later hear a football report from Scotland and the exact same word is pronounced ‘Seltic’ (with an ‘S’), why?