It seems to be true. She’s running (or perhaps sitting) in 2020. Pause for thought. Okay. Ron did it. Don did it. She can’t be less palatable than Billary, can she? As embarrassing as Trump? Or maybe by 2020 an AI robot will be a safer choice? Hmm. 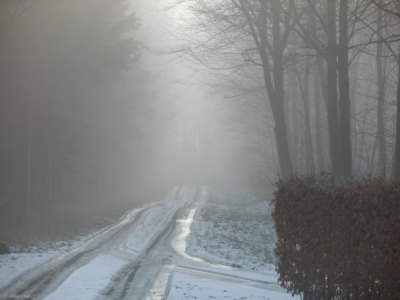 It’s hard to look on the bright side during these dark, wet days; even if Kim the Jong-Un is on the hotline to the South again; and Don the Old ‘un seems to be in a downward spiral of self-destruction. There’s an unhealthy glut of Bliar stories in the meeja, suggesting he is still scheming to return to Labour politics. Please! Let Corbyn continue!

Down under – where 2018 arrived sooner (and more trouble has had a chance to appear), it’s hip hip but not hooray; at least if you are Our Andy or Almost-our Johanna. And in the Ashes series, the England hierarchy seems to have delegated decisions to the players – ‘No, I don’t need a nightwatchman,’ said Jonny; and promptly got out.

But hey! Ambrose at the DT says Britain will soon be great again, Europe will slide and the sun will shine on us all. So that’s alright innit.

Even the most ardent royalist must blanch whenever the name Princess Michael is mentioned, usually in the context of her imagined importance and persistent ignorance. Her latest faux pas, involving a so-called blackamoor brooch worn in the company of Ms Markle, prompted me to investigate further. 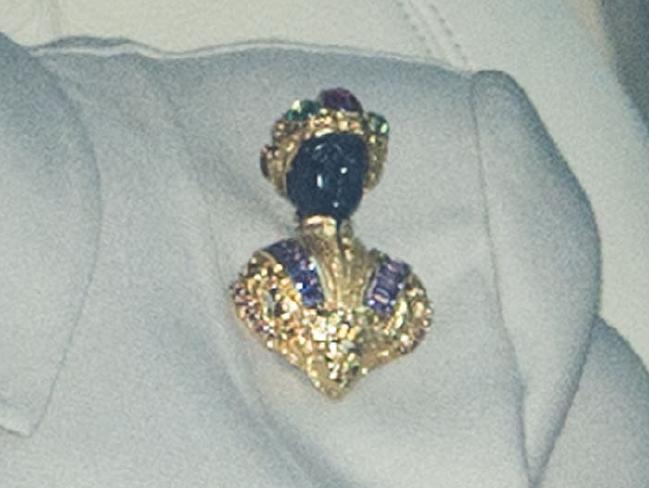 And I found this well-crafted article – which says it all.

I’ve mentioned before that the Danes are a precocious bunch, especially at this time of the year. Celebrations start on 23rd – known as ‘little Xmas Eve’ -and continue until after the noisy New Year bashes. Hence my bah-humbug picture.

But hey! (happy seasonal retort) Backside and I wish all you intrepid Charioteers the holidays you wish for – for yourselves and your families. Ding dong as merrily as you like, deck your halls and save a glass for poor old Santa!

Well, generally speaking, not very much, in my opinion, except when it comes to Ashes cricket in Australia, at which we s*ck, as the Yanks say. END_OF_DOCUMENT_TOKEN_TO_BE_REPLACED

I think it would be fair to say that Britain has not always dealt with Ireland fairly or squarely. Think famine and the Troubles. But I have always wondered why the Protestant Sect in the north has been allowed to create endless mayhem when it has been obvious that the best solution would have been a united, independent Ireland. There are enough precedents around the world that would support the idea.

Of course it won’t happen but I’ve had anough of the tail wagging the dog over there. And now the Republic wants to impede progress with Brexit. Typical.

Our thoroughly modern royal house seems to be keeping up with the latest trends (may one say, at last?). Their Spare Scion, only likely to succeed if four others fail, has introduced novelties of Churchillian proportions by proposing marriage to a Yank and that’s not all. Dare one say a colourful choice?

But more significantly, the worldly-wise Windsors are alleged to be avoiding the Trump factor altogether by simply not inviting him to the nuptials. I mean, who would, under any circumstances? That’s what I call Realpolitik. He of course will claim to have better things to do, whenever it is. But won’t he be a tad hurt with such a stellar rejection? One hopes so. (That ‘One’ may or may not refer to Harry’s Grandmama.)

Even more important – what will the bride wear? Will the groom’s best mate be revealed well in advance so that dirt he can be royally dished, character-wise, in good time? These and so many other vital issues to consider and so little time. So good wishes from me.

As every British cricket lover will confirm, watching the match is indeed a serious business, calling for a suitably sourced blazer and tie, a faded panama hat and preferably a proper deck-chair close to the action.  Certain compromises are acceptable – but only if the match happens to attract thousands of fellow devotees – and there must be limits.

Now, however, in some corner of a foreign outfield, an upstart authority has sanctioned mixed bathing just a few feet from long-on! I mean, a gentleman’s sauna at Headingley for April fixtures would be bad enough, but really! Blowers would have found le mot juste, I’m sure.

If you can bear to learn more, the shocked meeja can help.

We are all air travellers. We choose the deal that suits our needs and our pockets. Meanwhile the airlines tempt us with every conceivable incentive to pay less or more, while pretending to consider our comfort and convenience.

And BA, perhaps our homeland’s favourite airline, are coming clean. So that if you pay a higher ticket price to travel with them you get ‘priority boarding’ – which Ryanair and easyJet have offered for a while at a premium price.

Result? Shock horror that BA could be so class-obsessed! ‘Rich people given priority’ according to Osborne’s London rag. But as far as I know, his rich people always got it  – with BA and every other airline. Although the chavs he appeals to will always cry foul if they can’t get to the front of the queue.

I have noticed during my many years of easyJet travel that there are folk who gladly fork out double the ticket price to occupy the front row on the plane, preening themselves as superior beings. BA know how to catch them! And good luck to them.

And that’s only the boys, if Archbishop Welby has his Christmas wish. (Sorry to mention the C word in mid-November, but M & S started it.)