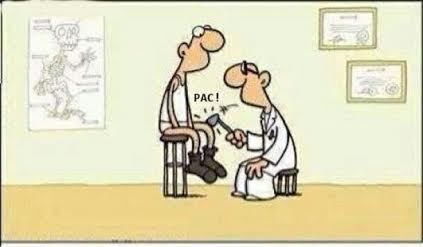 END_OF_DOCUMENT_TOKEN_TO_BE_REPLACED

Bafana Bafana is the nickname on the S.A. football team, you may of course substitute Bafana Bafana with Scotland, Wales, Canada, New Zealand, Denmark or any other nationality of your choice!

Well, it aint my opinion.

I love our new stadium.

I use the ‘new’ roads and those upgraded (widened and resurfaced) on a daily basis.

The upgrade to our little airport and it’s infrastructure was long overdue.

And as for the cost to the city? I couldn’t care less, those who think that the money spent on maintaining the stadium (R13.2  million) would have been spent on welfare , housing or other developments, think again. It just meant less Mercs and overseas junkets for the elected few.

In 6 months of Super Rugby over 300,000 people attended the stadium to support / watch our E.P. Kings, that R13.2m equates to less than R50 per supporter! Not to mention the huge support when the Boks and World 7’s play here.

Less money in the ratepayers pot to be stolen and squandered.

My mates and I still reckon that those 30 days in 2010 were perhaps one of the best months of our lives!

The left footers really should know better. Don’t they read the good book? Graven images aren’t allowed. God is not happy. After trying to hold his temper and count to, I don’t know, a virgintillion and one his patience ran out and he rained down on the Rio statue of Christ the Redeemer some very, very frightening tautological thunderbolts and lightning.

Aiming this year to travel more, Brazil is one of the countries on my goto list. My goal is not to help fix the statue or swim in the Amazon river or look at the rock paintings in the Parque Nacional da Serra da Capivara. Would you believe I’m not even going there to watch the skimpily clad carnival girls rocococoing in the flesh. My mission is to make the natives better at football. Coming from where I come from I’m sure my ministry will be helpful in this godforsaken land of no-hopers. After all, my five-a-side team have won their last few matches.