The link to this documentary appeared in a comment I was reading in the Telegraph. I found it fascinating, though perhaps I am being naive. Regardless of what you think about Tommy Robinson and his political views, there appears to be little question that the BBC is extremely biased in its reporting, that its presenters are hypocrites and that it uses very underhand methods to extract information. If nothing else, this shows how the BBC licence fees are spent!

Once again my apologies for the blatant cut and paste in the original version of this post. I should have known better and I trust that this version falls within the rules.

All I wanted to say was that there is an article in the Spectator magazine that struck a cord with me. Rod Liddle presents a rather jaded view of the BBC’s fetish for Political Correctness. He takes particular aim at the Beeb’s recent production of Watership Down which he describes as being “woke”. (“The ABC Murders” also warrants a barb .)

He talks of of Bigwig being a “bruv from the ’hood” and alerts us to the fact that one of the warren is a campaigner for social justice while another is a transgendering rabbit called Strawberry. Not having seen the program, I cannot say whether this is an accurate representation or rather a bit of mischief by Mr Liddle, but I think I get the gist. It rather surprises me that Richard Adams’s estate allowed such nonsense.

Anyway, Mr Liddle concludes that his New Year resolution may be to join Charles Moore in refusing to pay the BBC licence fee. I almost wish I was living in the UK so that I could join the boycott.

The link to the article is here https://www.spectator.co.uk/2019/01/the-bbcs-quest-to-make-watership-down-woke/. There is a pay wall, but generally infrequent visitors are allowed a 3 free articles a month.

We said our farewells at Brisbane airport and then it was a long flight back to the Dark Continent. One of the two good things that have emerged as a result of last year’s coup, is that customs and immigration officials are far friendlier than they were previously. The other, even greater benefit has been the removal of the ubiquitous highway bandits, purporting to be police officers who in the name of road safety made it their business to extract every cent they possibly could from the largely innocent driving public. The guilty ones got fleeced as well, but were allowed to continue their journeys in their totally un-roadworthy vehicles. END_OF_DOCUMENT_TOKEN_TO_BE_REPLACED

We arrived in Brisbane early on a Saturday and were met by the aunt and uncle of the young appendage. They had moved with their 2 sons to QLD at about the time I had last been there. I had not known them at the time, but have since become very good friends despite the distances that separate. It was an emotional moment, especially for the girl child and her aunt. END_OF_DOCUMENT_TOKEN_TO_BE_REPLACED

Having taken repossession of the girl child, we left Melbourne and flew to Sydney. We had booked our accommodation, a small cottage in Bondi Junction, via Air B&B, the first time we had used the service.  It seemed to work reasonably well, though once again we were slightly stunned by the prices being charged for fairly modest lodgings. However, having realised what property costs in that city, we realised that though expensive, it was unlikely that we were being ripped off. END_OF_DOCUMENT_TOKEN_TO_BE_REPLACED

We arrived at about 06.00, some 30 hours after having left home but without proper sleep for about 42 hours. Harare, Lusaka, Dubai, Melbourne. To say we were shattered would be an understatement. What was worse, we had a whole day to kill before we deemed it wise to get some shut eye. Air crew generally claim that in order to acclimatise, it is best to stay awake during the day, regardless of when you arrive or what time your body is telling you it is and only sleep at night time. Easier said than done. END_OF_DOCUMENT_TOKEN_TO_BE_REPLACED

Well, it has to be done. On Tuesday, next week, I will be flying out to Awestruck-and-failure for a 3 week stint. My junior attachment will be participating in something called World Scholars, an academic forum involving children from 50 countries. The event is being held in the Melbourne Convention Centre form the 18th to 21st of August. END_OF_DOCUMENT_TOKEN_TO_BE_REPLACED 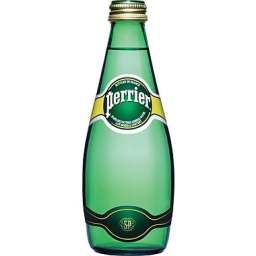 I have long advocated an electoral system that requires a minimum level of qualification. The great and the good have always countered that such a system would be undemocratic and even raising the subject bordered on fascism. So it is with a sense of sweet irony that I read this article in the Guardian, written by none other than a black lady from Zambia, (formerly Northern Rhodesia) in which she extols the benefits of a qualified vote. Has she really forgotten what Rhodesia was all about? Anybody from any race was able to vote, provided they met certain qualifications. Whether those qualifications were too rigorous is a moot point, but the principle remains. And that, hopefully, is the thin end of a wedge which for one will certainly welcome.