I’m not making this up.

Ultra modern design eh! The first of a new class of Destroyers.
To be commanded by who?  Captain James Kirk USN who else! No kidding!
What’s more, I was reminded very much of this old lady. 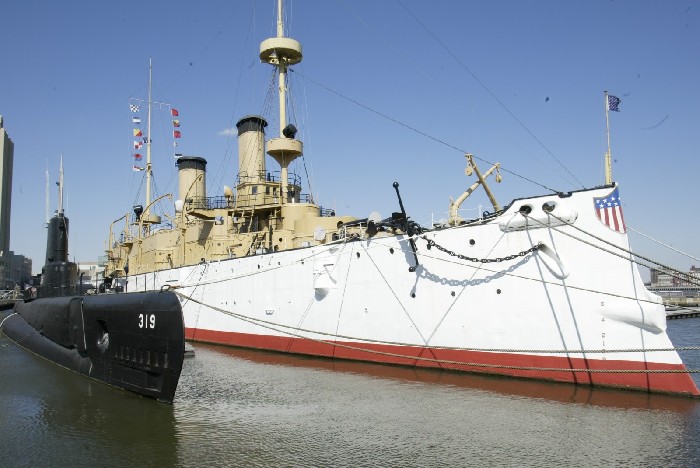 USS Olympia, heavy cruiser, laid down 1895 and Dewey’s flagship at the battle of Manila Bay.  Now languishing at the Port of Philadelphia and in danger of being broken up for want of funds.
Barely a century between invention and reinvention.

Expat Welshman, educated (somewhat) in UK, left before it became fashionable to do so. Now a U.S. Citizen, and recent widower, playing with retirement and house remodeling, living in Delaware and rural Maryland (weekends). View all posts by Low Wattage