There is apparently much laughter, hilarity and lots of ‘lol’s’ over on the Daily Mail’s page which describes this photograph of an unfortunate shadow induced moustache as having gone viral and possibly ‘one of the most awkward in history’ (Em, I don’t think so.)

Much has been spoken about the moustachioed Aussie fast bowler Mitchell Johnson.

He terrorised the English on the recent  summer Ashes tour prompting Michael Clarke to pronounce that he thought that the Aussies had the best bowler and bowling attack in world cricket. (Ha ha, a much publicised interview which brought laughter to many here.)

Oh, he (Mitch) also did pretty well up in Pretoria recently.

I believe that Mitch grew his moustache for Movember (a campaign raising the awareness of testicular cancer) as did I.

! shaved mine off during mid December (having grown to like it for a while) but Mitch has kept his!

However, after the recent walloping of the Aussies right here at St George’s Park this last weekend, setting up a much anticipated 3rd and final test at Newlands (Cape Town) starting on Saturday, March 1st, this has appeared on some of our social media sites here. 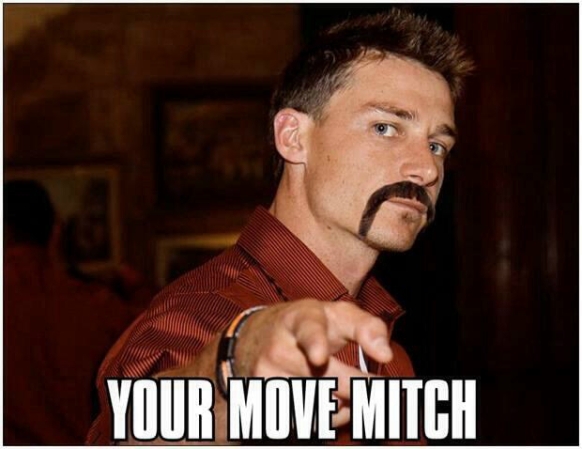 7 thoughts on “Talking about moustaches”