The Hamster Freddie’d right back at him. 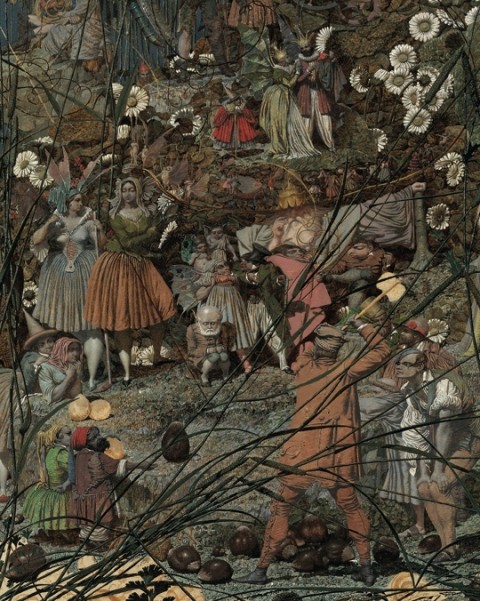 The stock in trade of painter Richard Dadd (1817-1886) was fairies as depicted in his most famous work The Fairy Fellers Master-Stroke. The multiple characters in the painting were immortalised on vinyl by the rock band Queen on their eponymous second album Queen II. Dadd’s picture is filled with tiny, meticulous detail and was nine years in the making but remained unfinished at his death. This is yet another one of those unfinished Master-Strokes that artistes leave lying around. The painter wrote a guide book about the painting signifying the various tasks assigned to the hundreds of fairies he had illustrated. END_OF_DOCUMENT_TOKEN_TO_BE_REPLACED

Thus spake Laurence Olivier on hearing In My Defence for the first time. “Now there’s an actor.” One of my favourite Queen quotes. The song was written by Dave Clark for the musical, Time, which featured a hologrammed Laurence Olivier!

Olivier, in most people’s eyes, the greatest British actor of all time heard the unique Mercury voice in full flow and could imagine our Fred making movies and treading the boards. Dismissively, Freddie ruled out acting as a career move. That’s a pity because his contemporary, David Bowie, made a lot of wooden appearances on celluloid and just as our Fred outshone the strange eyed one on Under Pressure he would have out-acted him on the silver screen as well.