An early phone call from the UK today necessitates a very quick trip to the UK.

I am the only surviving witness in a Chancery case that has dragged on for years.

Now I’m needed Monday morning in court!, Yeah thanks, a real lot of notice.  Fastest purchased ticket in the West!  Just to let you know I will be running round like a blue arsed fly for the whole month sorting out my own affairs whilst I am there and will not be here very much.

My instant new version of  “Star of Wonder”

Isle of wonder
Isle of fright
Isle with dignitary blight
Fiscal bleeding
Coe proceeding
Soak us past our present plight.

Actually I prefer a much ruder last line which is more the measure of our glorious leaders’ opinions of the population! (Note apostrophe in correct place)

Treat us as your milch cow shite!

An interesting piece of history about condoms.

In 1272, the Arabs invented condoms, using a goat’s lower intestine.

In 1873, The British somewhat refined the idea by taking the intestine out of the goat first.

I do hope you appreciate this nonmarxist history lesson of the day. 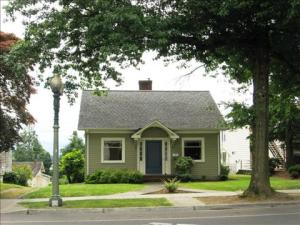 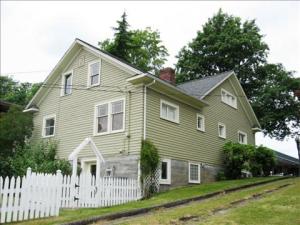 To put it in a nutshell, I have had enough of gardening 5 acres! Hence with neither of us getting any younger we have decided to move into town.  Not Bellingham, too full of liberals but Lynden full of fascists, ten miles up the road.

END_OF_DOCUMENT_TOKEN_TO_BE_REPLACED

I note that there isn’t a white Anglo Saxon amongst them if the pictures and copy are to be believed.

I gather it is rumoured that the indigenous population or what is left of them in the UK are parked on the M25 for 30 miles!

I particularly like the festive stabbing in a Dallas suburb for obvious reasons.

The older I get the more convinced I am of ‘God’ being white, Anglo Saxon and Protestant  and coming from the Chilterns.

You really would think the rest of them could leave it off for a few days wouldn’t you?  They get what they deserve, tat from Next or a shiv through the heart!  Not quite sure that one wouldn’t prefer the latter.

I wonder what odds a bookie would give me for a bet on Christchurch NZ not existing within ten/twenty years?

I did posit some months ago that they would do well to move the city re the geology plus tectonics but was dismissed in pretty short order as ‘not knowing what I was talking about’.  Seems the exodus has already started.  One tenth of the population has already left.  With this new round of earthquakes destroying the relaid sewers etc etc it is only a matter of time before any rebuilding will fail to get any takers for insurance risks.  Who will rebuild traditional style at their own risk?  Not many.

I rather think that they have moved over a hot spot, ie the land mass has gone to the right and is now unfortunately situated over an effective ‘cauldron’.  This seems to happen all over the world, by studying caldera of previous eruptions and earthquakes, they move, albeit slowly over the aeons.  But it is in fact not the hot spots moving but the granitic continents above drifting about like scum on strawberry jam.  The movements are not random, they are moving back in a pendulum style movement together as in the old land mass of Gondwanaland. This can be seen quite clearly in Yellowstone and some parts of Indonesia.

Interesting subject, but I would cut my losses if I lived in Christchurch!  More to life than rebuilding the town every five minutes. I don’t think it is going to stop any time soon. Or else they had better start building to Japanese code standards.

Please, please, please label depressing Christmas/death/other world stories either as such or as part of some competition or the other!

I desperately try to avoid such for obvious reasons.  I have just read Bo’s by mistake,  no doubt a laudable attempt but too bloody close to home to actually appreciate the composition!!!

I do my damnedest to keep my days far too full to maunder, an activity of which I strictly disapprove, but festive seasons are pretty bloody grim however hard one tries.

One likes to chip one’s two bits in
Even when they’re very thin
To add one’s insult is delight
Even with no dog in fight!

Some kind soul should pity strife
And tell him soundly  GET A LIFE!
Suggest to him an antidote
Not ALL his life to be a SCROTE!

Sorry about the last line, a bugger to rhyme with antidote!

PS Some of us are 12 hours behind or whatever but we do like to be able to contribute!  Otherwise we become read only, not a lot of fun in that is there?

I think that we are having a somewhat unwelcome nocturnal visitor.  There are some large ‘poohs’ full of undigested maize kernels in the field and tonight the dogs went ‘ape shit’.

I let them out for their usual nocturnal constitutional and instead of beetling round the locality of the house as usual, they took off like the hounds of hell in full throat for the darkest gloom of the outfield. I shot back for the Mace spray, (it works on bears as well as burglars) and nearly got trampled to death by three dogs trying to get into the house simultaneously! Now, had it been deer they would have chased them for a way for the sheer fun of it but the fact that they abandoned their hunt with such despatch (note ‘e’ it feels better) and ran back to the house, whatever it was must have been SERIOUSLY frightening.  Hence my thoughts for bear, (please God, not sasquatch!)  All the other dogs of the neighbourhood were in full throat by this time, again unusual.

Now as it happens, there is an eyot (said iot) in the stream on which I had planted a viburnum edule which is in full fruiting of edible red berries.  The monster was probably having a late a supper when disturbed.  I do hope he soon decides to leave for a peaceful hibernation.  I shall check the tree tomorrow and see if it has been cropped. The last thing I was going to do was disturb it in the middle of the night and admonish it for eating my berries!

Spousal unit has picked the apples too thoroughly.  Three disconsolate deer were picking their way round the fruit trees looking for their breakfast this morning.  We have far too many collected in trays in the garage so I think I’ll sort them out and leave a few down there every day for them.  A propitiation to keep them off the new foliage of the strawberry plants.  You have to give some to keep something else round here.

I note that the coyotes have had all the neighbour’s chickens.  Silly bitch left them running around with no safe place for them at night, talk about easy meat! What do you expect from an exhippy Californian?  “Run free little chicken into the jaws of the waiting predator”

The snow is on our local mountain at 5000′ and Mt Baker positively glistens in the sun with a coating of 12″ of new white stuff.  Winter is drawing in.  We shall have a lot of wildlife this winter, everything is hungry, it was a crap late summer, plants did not fruit so the animals come down from their high spots until they find sufficient food.  I don’t have the heart to drive them off, better the bushes are eaten than die of the NE wind. (That’s Canadian!)

I assure you not a wild ‘onvelope’ in sight.

Well the waiting is over.

Death always seems to visit me in threes and this is the third time in a lifetime it has happened.  It begins to get quite spooky, just sitting waiting so to speak for the bad news to come in.

First Toc, then one of my friend’s husband and now my hospice patient.  To be fair they were all getting on, I still rather think that any more than the allotted three score and ten are living on borrowed time . But then I rather like the biblical dramatic approach to death, stuff the green non funereal celebration of life routine.