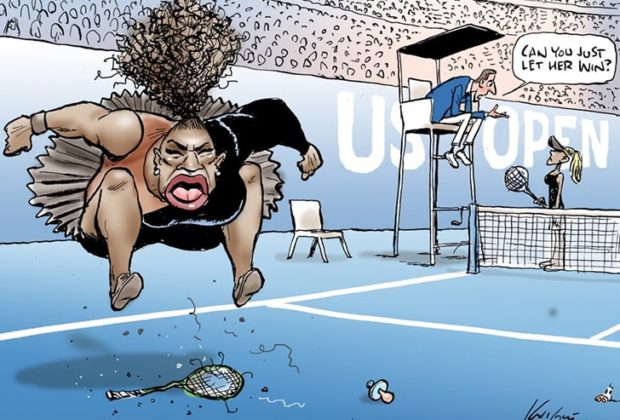 My cherished reader may not have seen the incident depicted above. It involved a tennis finalist who was reprimanded on three counts during the match. According to the rules, a player is forbidden from being coached,  abusing the umpire during play and smashing a racket. The alleged culprit denied the first two and delivered a bad-tempered tirade aimed at the umpire. The cartoon was then published.

Since the player could have been of either (pc any) gender or any race, I fail to see how the cartoon can be deemed sexist or racist. I recall  that the iconic John McEnroe was often the butt of cartoonists’ jokes for similarly abusive behaviour.

Why was that not pilloried on the same grounds?

6 thoughts on “What’s all the fuss about?”