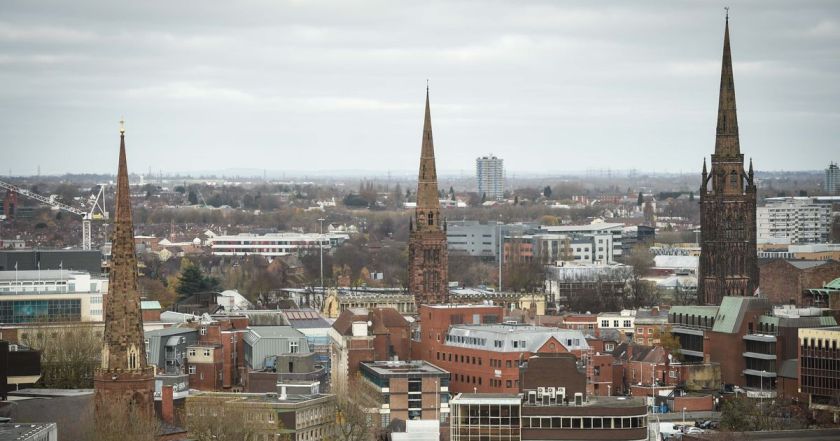 It amazed me, gladdened a few and perhaps amused many to read that Coventry has been named City of Culture 2021. It’s hardly a natural epithet for a city whose history might better be described as dour, bordering on tragic. Oh yes, it’s had its moments of industrial  significance (is that the word?) with Frank Whittle’s jet engine and a string of well-known badges gracing its car factories. But genuine culture is harder to discern. Does Mary Ann Evans count? She was born nearby in Nuneaton but lived in the city for some years as she became the noted novelist George Eliot. A bit ponderous for my taste.

But soft ! (etc.) What about Philip Larkin whose only widely known poem starts with a very rude observation? Yes, he counts as culture and he went to ‘my’ grammar school. Even more significantly his poems are imbued with a fatalistic gloom that is an essential part of being a Midlander.

So here’s one of his best poems, Afternoons, written in 1959.

Summer is fading:
The leaves fall in ones and twos
From trees bordering
The new recreation ground.
In the hollows of afternoons
Young mothers assemble
At swing and sandpit
Setting free their children.

Behind them, at intervals,
Stand husbands in skilled trades,
An estateful of washing,
And the albums, lettered
Our Wedding, lying
Near the television:
Before them, the wind
Is ruining their courting-places

That are still courting-places
(But the lovers are all in school),
And their children, so intent on
Finding more unripe acorns,
Expect to be taken home.
Their beauty has thickened.
Something is pushing them
To the side of their own lives.