What is it, this month? 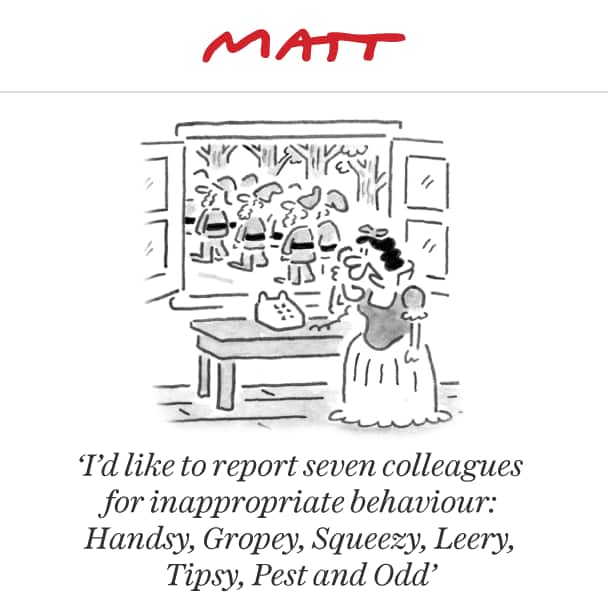 Well, it’s sex scandals of course, mainly tales of  starlets from many constellations being abused and exploited. The hypocritical tut-tutting echoes around the lots (of everything) in Hollywood and the corridors of power in Westminster; fuelling the flames of feminism and sending whiffs of grapeshot among the moguls and mandarins.

The truth had to come out. Just as the revelations of institutional pædophilia and pederasty shocked the world not so long ago. And in similar style to the rich and powerful (ecclesiastical and secular) then, the top dogs have nowhere to hide. They have known about it for decades and can’t deny its existence, even though they would prefer to do so.

But in showbiz there is one clear difference between pederasty and serial groping of adult targets, a ‘grey area’ which Martin Clunes has been brave enough to point out. The ‘casting couch culture’ – literally and figuratively – has always been liable to be sullied by both producers and applicants; sexual favours not only sought but regularly offered. It would not be unfair to doubt the innocence of many ambitious young actresses, as anecdotal evidence about famous divas would confirm. And the same must be true of many political parvenues seeking the attention of successful mentors. Exploitation and prostitution go hand in hand in many walks of life.

But tomorrow is another month, another opportunity for the people-watchers to be shocked and appalled.

6 thoughts on “Flavour of the month”