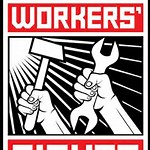 Where to start with the new socialist manifesto, leaked (or was it launched?) by Corbyn’s Labour party?

You youngsters (and maybe some of you partying oldies!) can’t remember the ’70s, can you? It was a time of rampant inflation, strikes and the decline of British institutions – especially those owned by the state. British home and export markets were under threat from Germany and Japan but years of inadequate investment left manufacturers powerless to respond. Only Thatcher’s real-world economics forced Britain to bite the economic bullet, to privatise key industries and to harness the trade unions’ ambitions.

Today though the wilting Labour party seems to have nostalgic feelings about those times. Public ownership is apparently up there with free everything for everyone in their socialist utopia, a Robin Hood world of borrowing, taxes and spending far beyond the dreams of adolescence.

I doubt that the over 50s will have forgotten the 70s – or that the younger generation will believe Labour will work this time.