One point I’d like to make for those interested in going to India is the very high level of security almost everywhere and not just at tourist centres and airports. Every hotel we stayed in had walk-through security, most scanned any large parcels that we took into the building and our handbags were searched.

At Delhi airport no one is allowed inside the building unless they are actually flying or has vetted authority to be there. So our taxi driver was only allowed to take us to the entrance and we were met the other side by an authorised person to help us book in.

Our tourist guide was regularly stopped by the police and asked to show his papers. But, I do have to say, all the security checks were carried out with a smile.

A selection of photos. Please remember that many were taken from some form of transport! 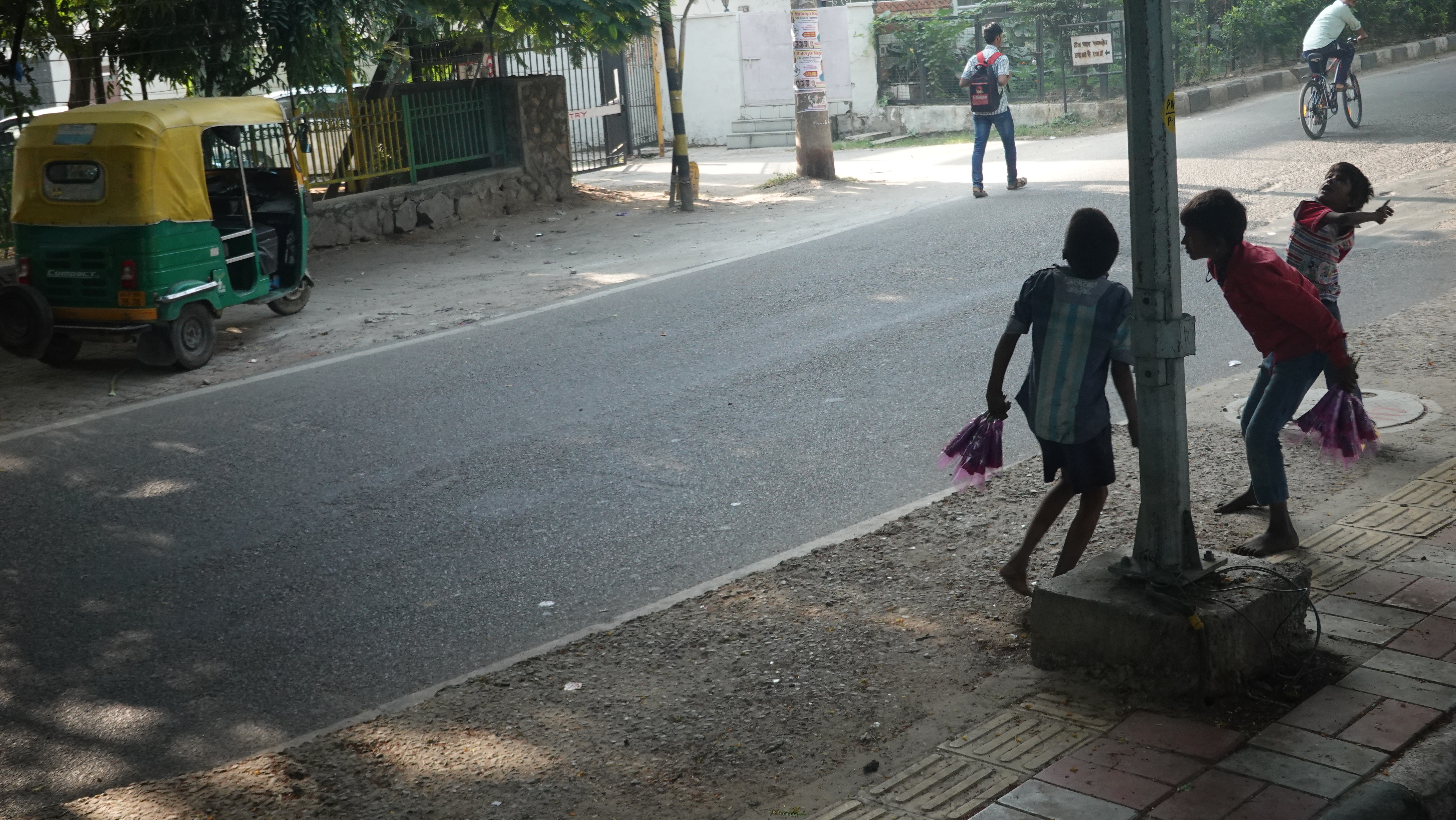 Delhi early morning – young boys playing around who were obviously supposed to be selling the flowers they were carrying. 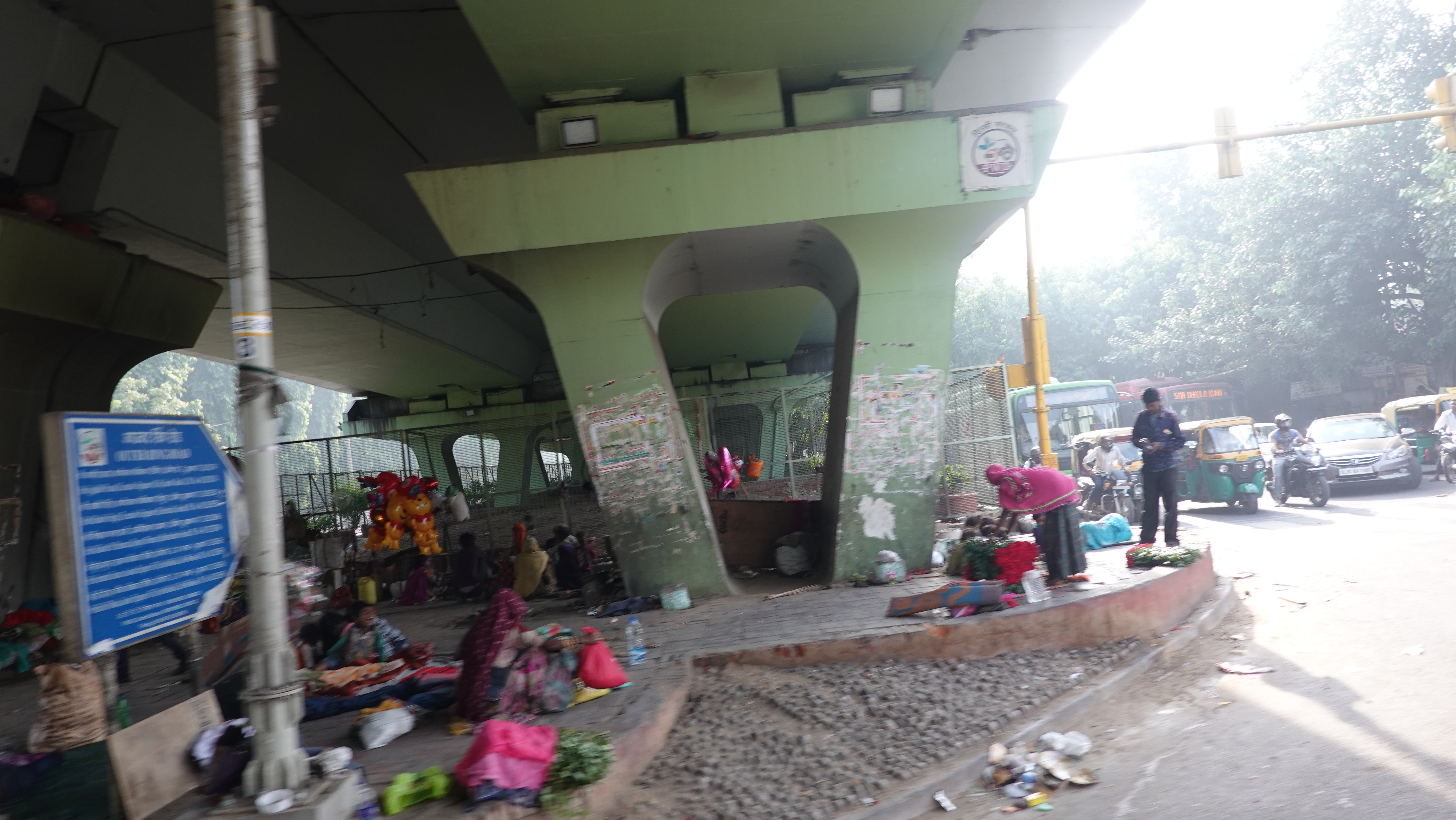 Underneath the Arches: Delhi style. In this case underneath a flyover. The space under some flyovers is fenced off to stop people camping under them.

The Sikh Kitchen Delhi which serves over 10,000 free meals a day. It is run by volunteers: man women and children. Anyone and Everyone is welcome. Rock up, cover your head and eat! And it was spotlessly clean.

Driving through a typical village.

Rawla Narlai is a village of some 6,000 people. What amazed me was the juxtaposition of small houses, beautiful homes and dilapidated heaps all in the same road. 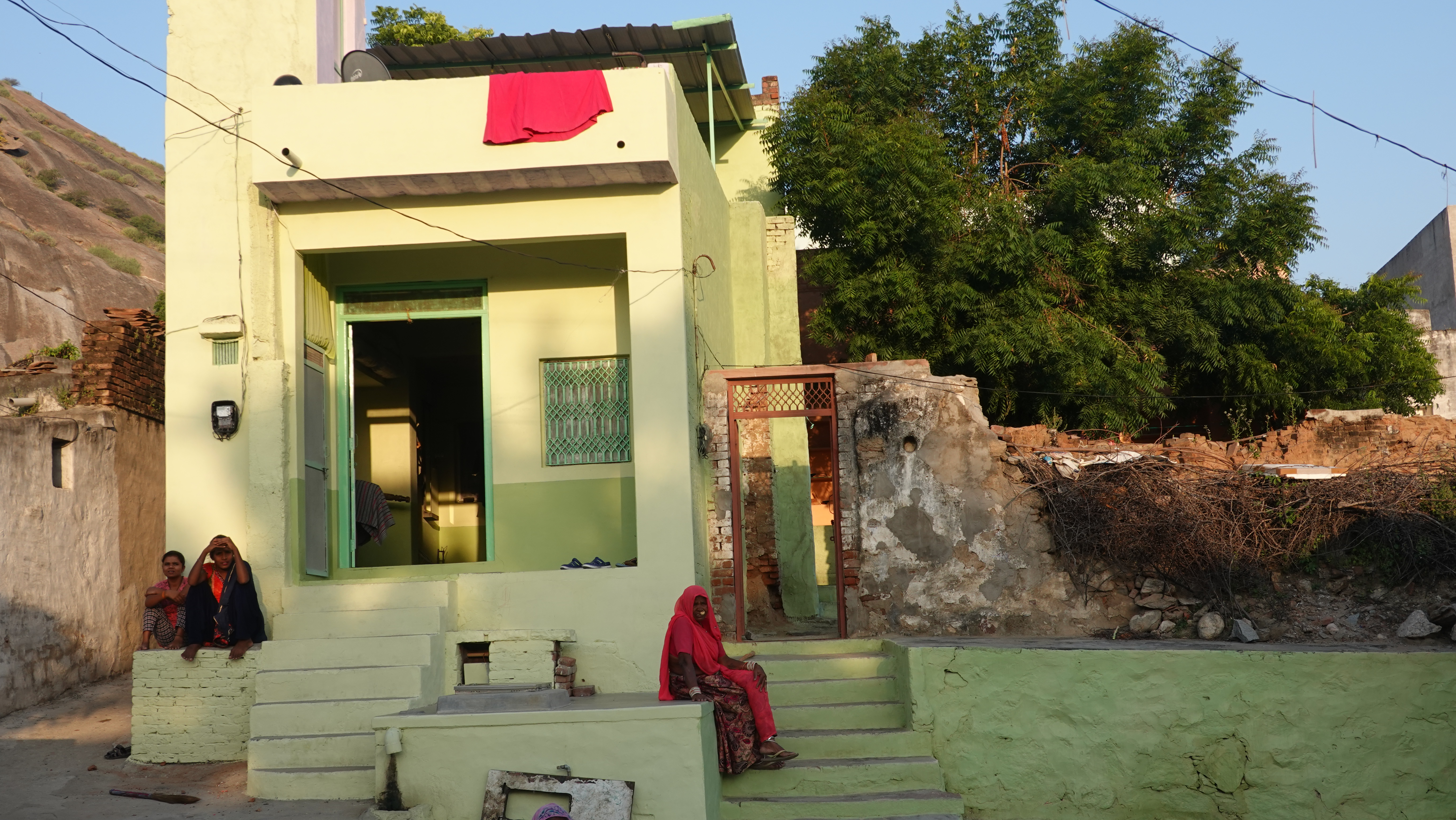 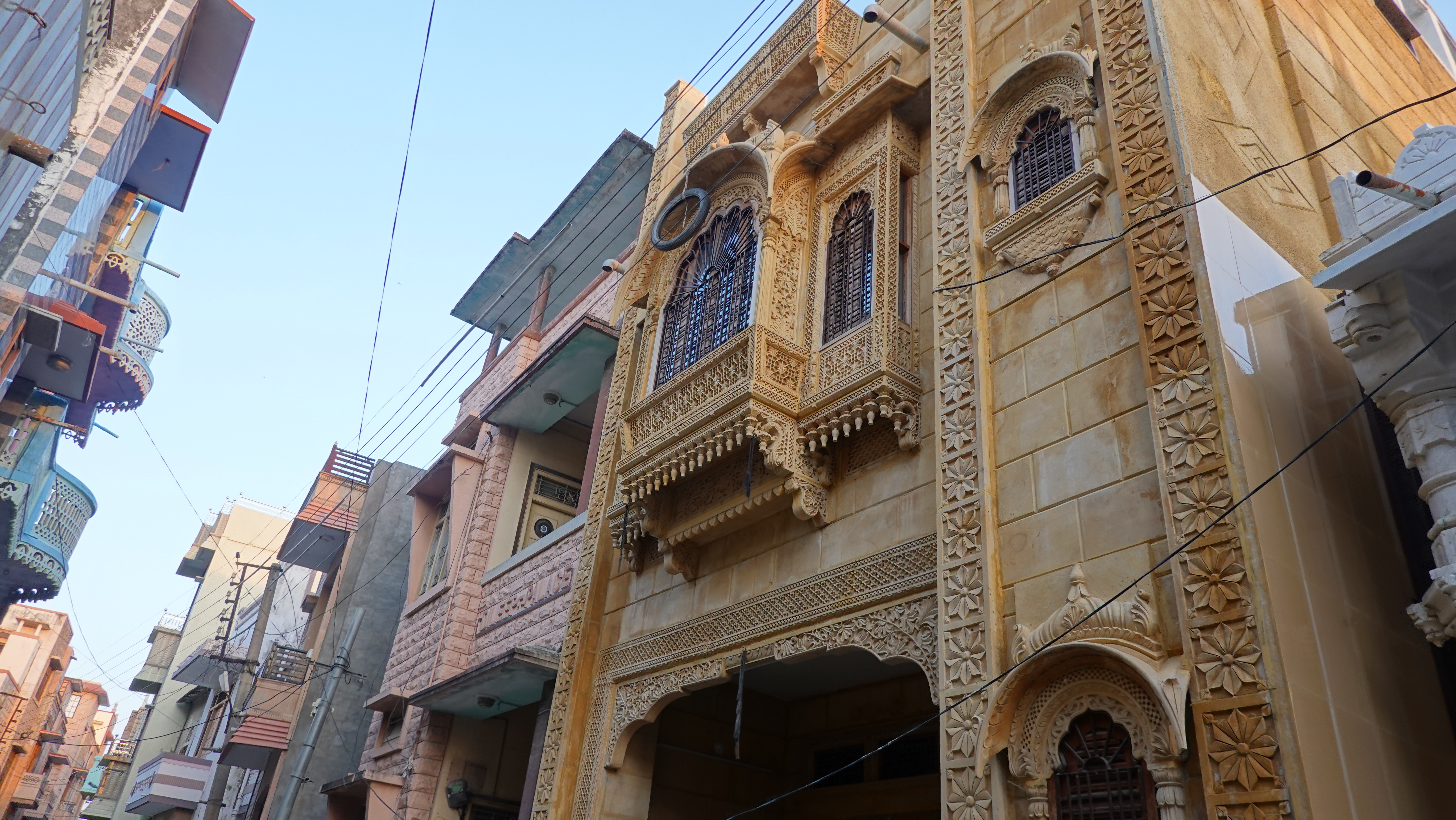 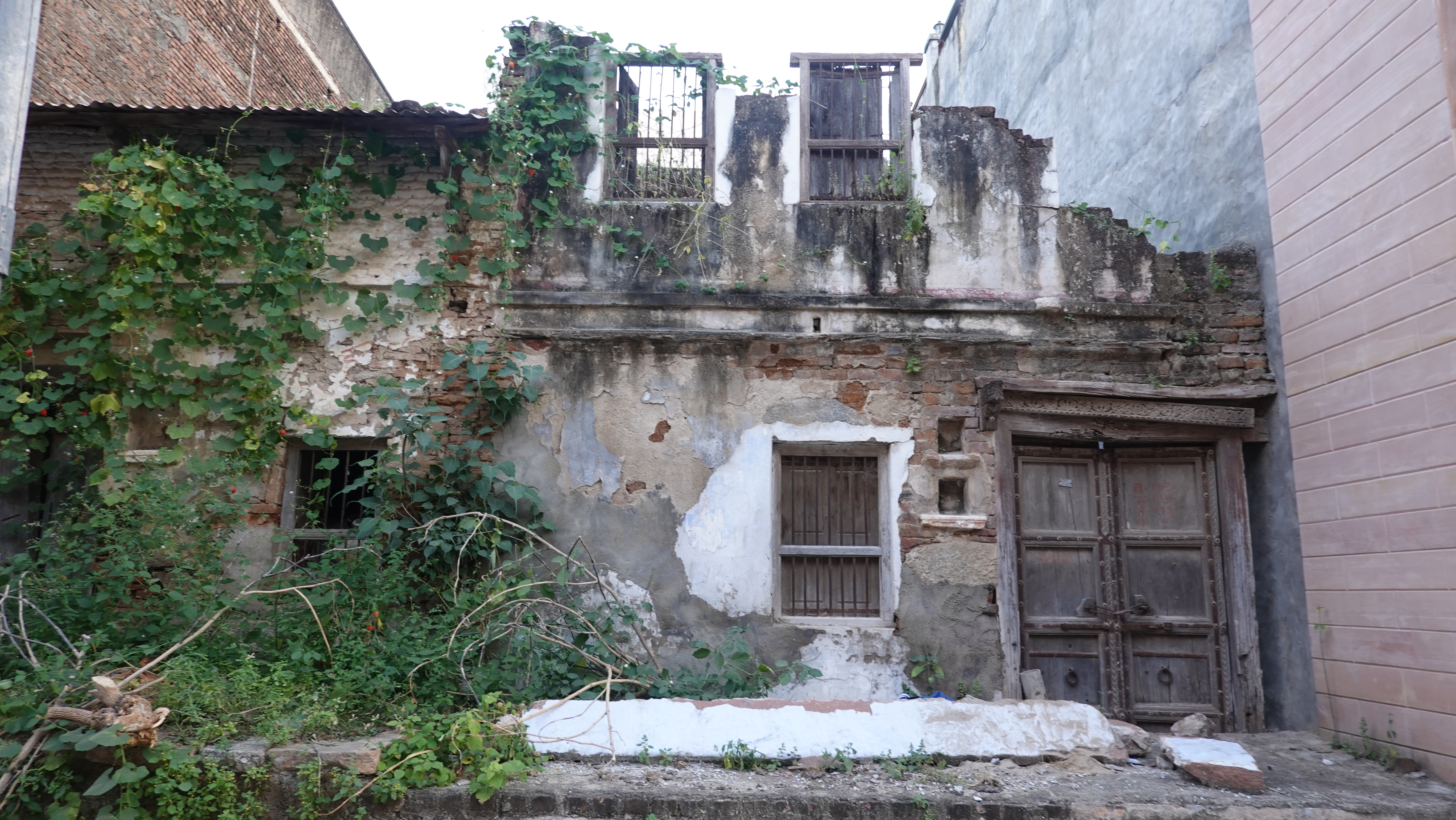 Some of the larger houses had a notice showing how much money the Government had paid to help them build the place and all the smaller homes proudly proclaimed that the Government had paid for their toilet. Just before we arrived the Indian Government had proudly announced that everyone in India now had access to a toilet and ‘squatting’ was prohibited. Unfortunately, not everyone had got the message and a newspaper report urged people to ‘dob in’ those who weren’t complying!

Right in the middle of the village was this magnificent newly constructed Jain temple. One of our mob was incensed that much money had been spent on a temple when so many people lived in poverty.

It was in the hotel in this village that we first came across notices asking us not to give to beggars: the village had a system for helping their poor. That, however, didn’t stop many of the children asking us for, of all things, pencils!

I know this is a very poor photo – but I can’t resist the story about a young man who loved his Harley Davidson. Unfortunately, he came off his bike at this spot  on the road to Jodhpur some twenty years ago and died. The police took his bike back to the station, but the next morning it had gone and was found here. They took it back to the station, locking it a cell, twice more and it returned to this spot each time. The father asked that the bike be left at the spot where his son had died, and being India, the police complied. It is now a shrine, with all the usual paraphernalia of drums, incense and the rest – along with the usual stories of people being slowed down and saved by a phantom bike rider.

The roads are in pretty poor condition – but they do get mended. Please note that it’s the women who are carrying the bricks and the men who are laying them and quite clearly this guy knew I was about to take a photo!

Beggar with a child – but everywhere else were people working by the side of the road or in garage sized places: 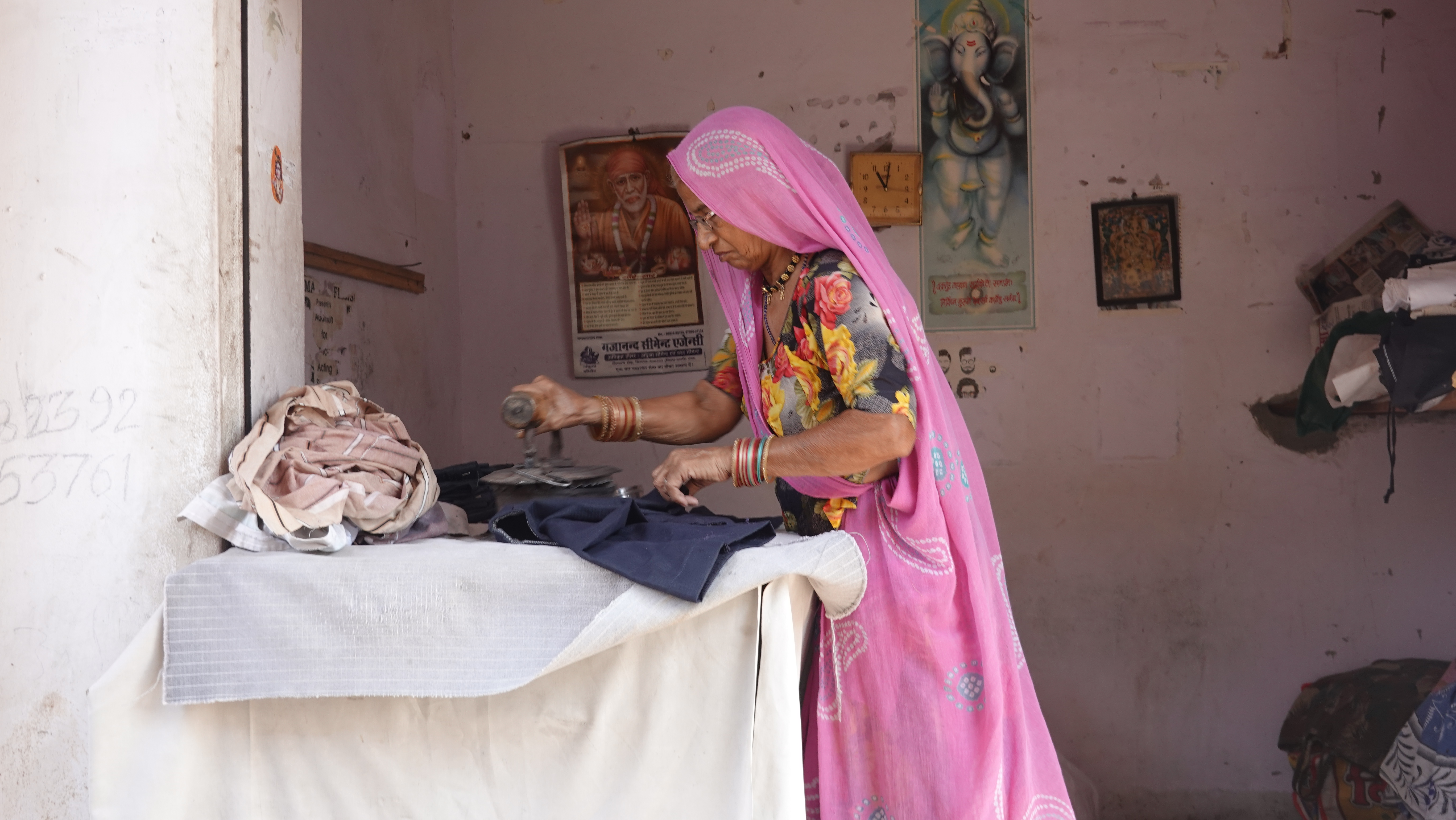 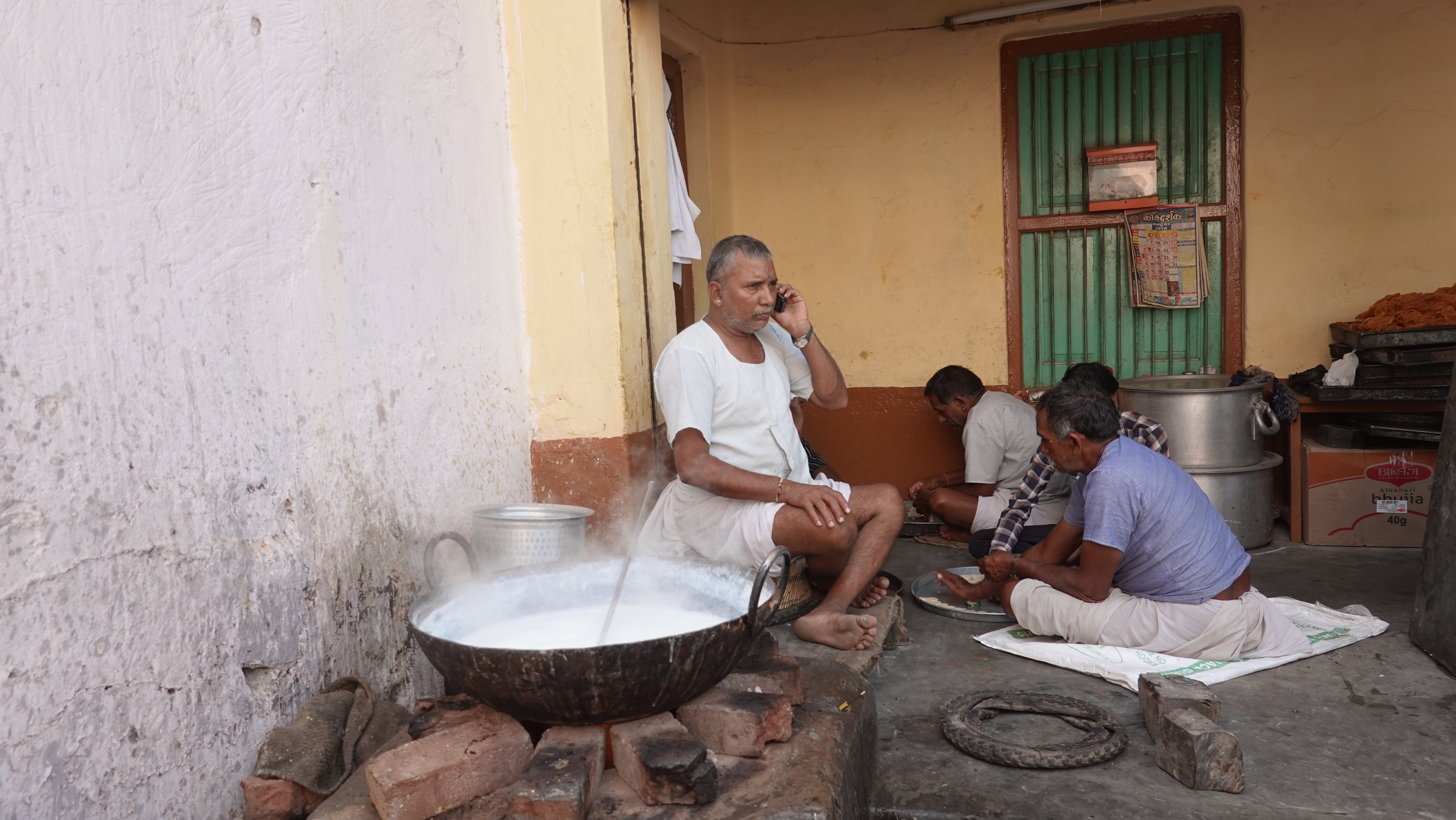 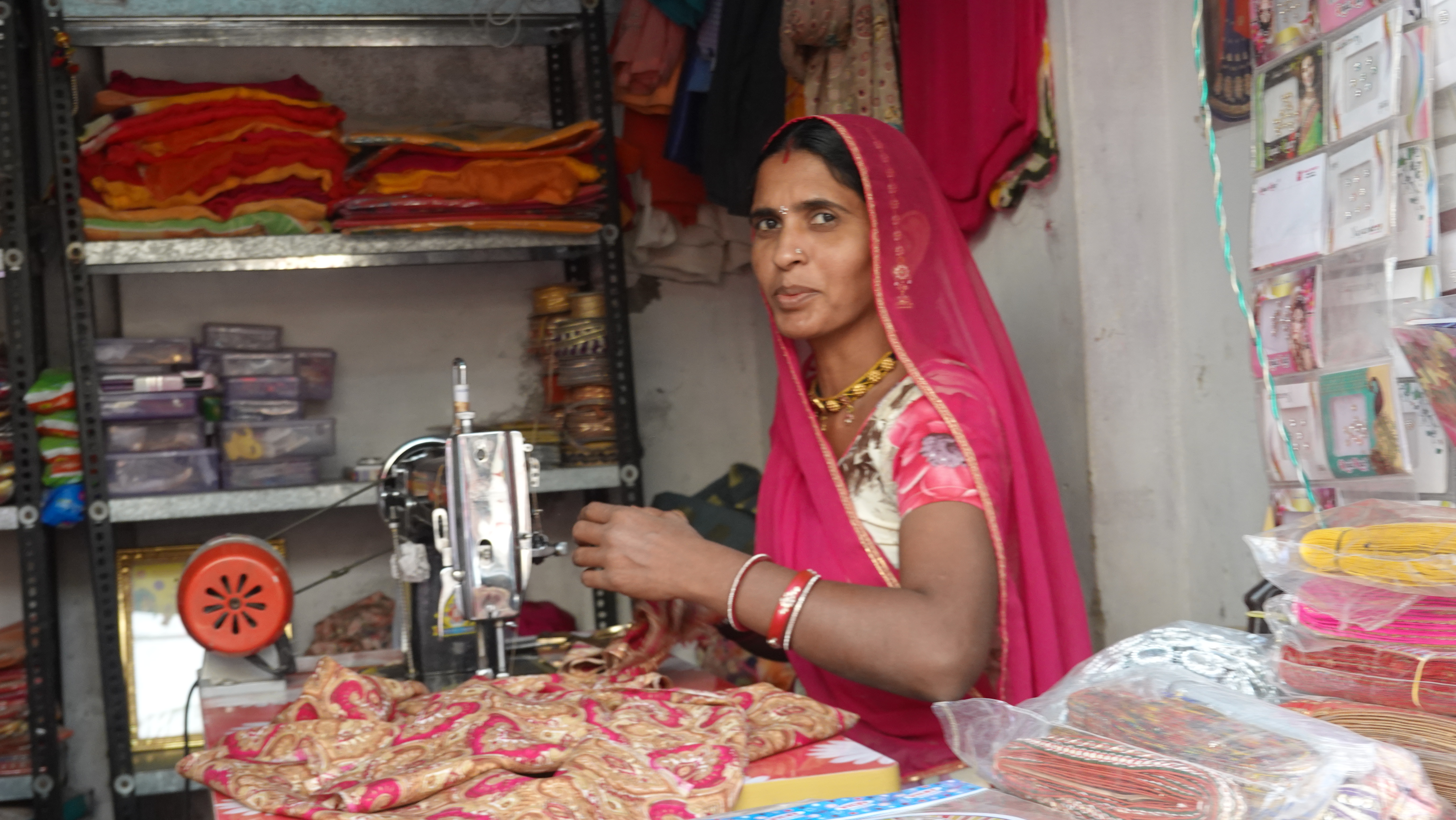 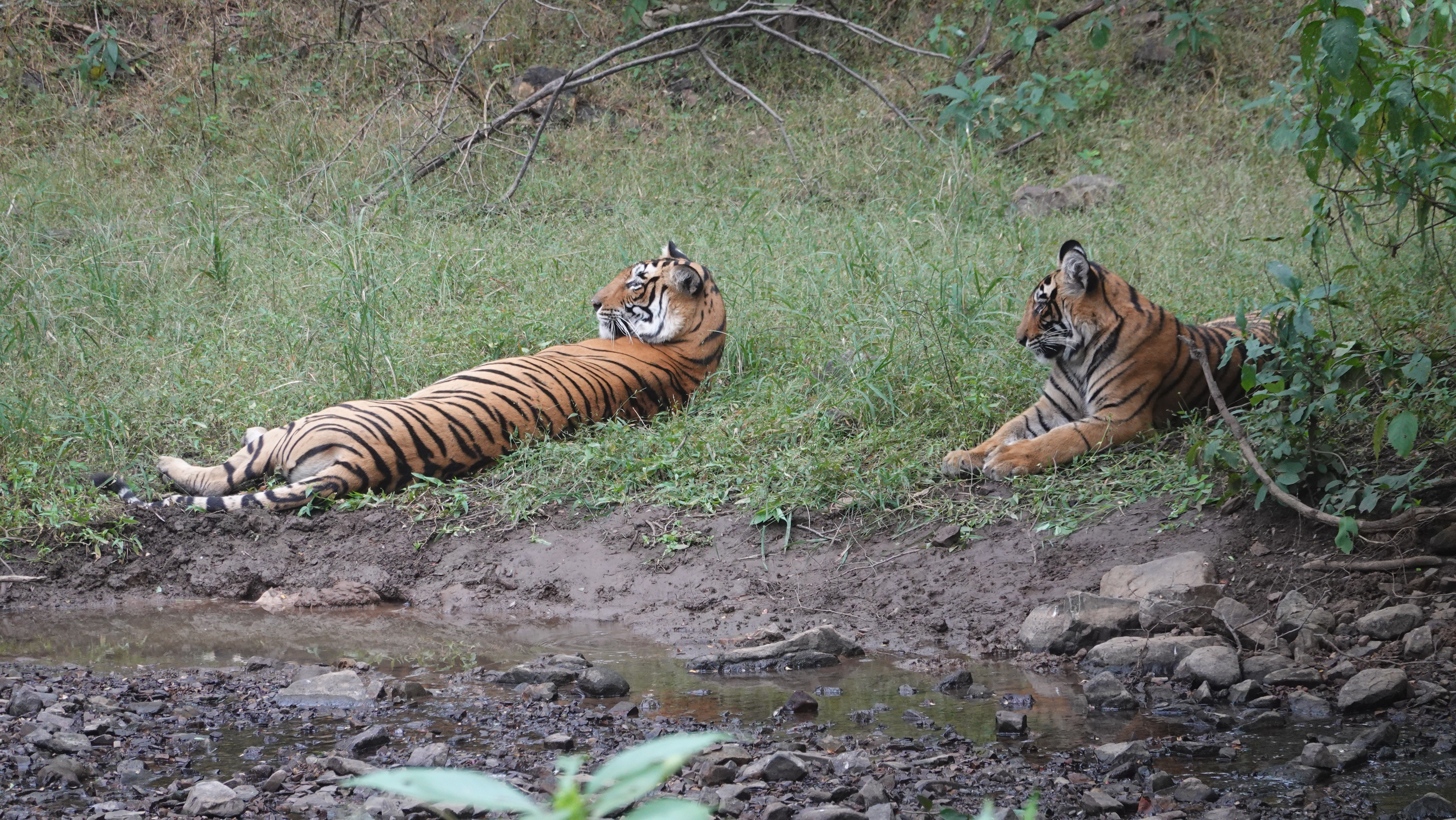 It is apparently the luck of the draw to see tigers – we got lucky!

Dawn at the Taj Mahal – pollution was so heavy we only saw the sky lightening.

The young girl who lit the votive offerings on the boat on the Ganges at Varanasi. We were warned that Varanasi could be confronting and certainly that evening was. We are not accustomed to seeing shrouded bodies lined up in the open or watching the flames from funeral pyres. Some 300 bodies per day are burnt there.

The following day was a women’s religious festival. None of us could quite believe how many people were standing, swimming and jumping into the water!

And then back to Delhi, home and a large steak!