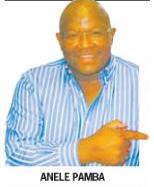 “Rugby fans are being asked to pray for the E.P. Kings ahead of their make or break Currie Cup promotion match against the Cheetahs on Friday.

The appeal was made by E.P. Kings rugby boss Anela Pamba as his team bid to pull off rugby’s “fight back of the century” at the Nelson Mandela Bay stadium.” (report here)

I was thinking of something along these lines…

Dear Lord, we are playing a very important game shortly, could I ask that you please encourage our props to bind correctly, push straight and not give away silly penalties and possession at scrummage time. Would you also please arrange for our hooker to throw the ball in accurately and straight at the lineouts and that our locks catch the ball cleanly.

Still on the subject of forwards Lord, please help our loosies get to the loose mauls and rucks quickly, keep them on their feet and allow them to channel the ball to our backs.

A couple of other things Lord, please get our scrumhalf to distribute the ball timeously or, if he is off on a darting run to arrive at his destination quickly and unharmed and of course Lord, keep our centres onside and ensure that they catch the ball cleanly. Please allow our wings to progress speedily and unhindered on the occasions that they receive the ball.

Oh, and one last thing Lord please make sure that our No. 10 has his kicking boots on.

If cherished colleague think that I’ve omitted anything (the referee for example) please feel free to let me know, we still have time to add any suggestions 😉