It was the helicopters I heard first,  approaching from the west, still quite high and then swooping lower, following the riders up the last winding ascent before the road flattened on the headland of Cap Frehel, Brittany.

Somewhere out of view, near the flamme rouge which marks 1 kilometre to the finish, began a Mexican wave of sound, a crescendo which rippled along the ten-deep bands of yellow-capped spectators lining either side of the road.

Louder and nearer and nearer growing into a deafening chorus of cheers, shouting, fists hammering on the plastic barriers. The riders exploded into view, a whole bunch of helmets low over drop handlebars, legs furiously pushing the biggest gears on the skinniest tyres. The sprint finish. A gladatorial fight demanding explosive speed, stamina, guts and an eye for a gap.

The winner on the line was Mark Cavendish, the Boy Wonder from the Isle of Man who is carving his own niche in Tour history. His move out from the slipstream of Geraint Thomas was too quick to catch except with the camera on sports setting.  It was only possible to pick out some familiar faces of Tour favourites I’d seen year after year on television as they coasted home at the back of the peloton.

It was a very big deal, being there at the finish of a Tour de France stage. Brittany being but a night-sail away from Portsmouth, the lure of the Tour was irresistible this year.

The riders, naturally, are the most impressive part of the Tour de France. The bravest, most remarkable and resilient of athletes. I was particularly supporting my countryman Geraint Thomas, MBE, a brilliant ex-Maindy Flyers rider born in Cardiff 25 years ago who I predict to be a massive force in world road cycling for years to come. I took my Welsh flag. Proper sized. None of your fluttery little paper “last night of the Proms” numbers. No, this was big enough to wear; which of course, I did.

Le Tour turned out to be hugely more impressive than I’d bargained for. Ironic that it’s all about cycling, the most environmentally friendly transport I can think of along with walking, but Le Tour must have a green footprint the size of China. Hundreds of vehicles associated with it, travelling hundreds of miles from stage to stage, plus the caravan – the carnival of commerce and sponsors that traditionally precedes the riders, entertaining and rewarding the waiting spectators. The Tour village at the finish, including the press, the sponsors, the teams and the corporate facilities, is immense. It’s just so BIG. It’s BIG and its FAST. Much more so than you could ever appreciate watching on TV.

It’s also horrendously risky – as the plethora of crashes in the early stages of this year’s Tour have proved.  Riding at 60 mph so close by other riders that the touch of a pedal or a slick patch on the road can mean disaster. But the piston power in those professionally honed legs has to be seen to be believed. It was lantern-jawed veteran George Hincapie who grimly led the charge up through the town of Mur de Bretagne on Tuesday’s stage. I observed him closely. It was all good.

On that Cap Frehel stage, in the space of the split seconds it took the sprinting leaders to pass me standing 180metres from the line, the lead swapped three times. Too quick to see but easy to pick up from the photographs. What a fantastic sport and how fortunate I was to have seen three Brits in the top ten GC of the Tour de France –Bradley Wiggins (later out of the race with a broken collarbone sustained during a crash) Geraint Thomas (on one stage for a while, the virtual GC *leader* of the Tour) and David Millar.

The Tour demands considerable stamina on the part of the spectators too. You need to arrive six hours before the event to get a front position in a good spot along the route. People of all ages seem to manage it. In fact, the older the spectators were, the more organised they seemed, staking their claims to a front seat six hours ahead of the action equipped for everything the Brittany weather (and there was a lot of it) could throw at them, with chairs, sunhats, umbrellas, rain capes, food and the ability to blag as many free shandies and biscuits as humanly possible.

So that gives you a rough idea. Bits of Tour diary to follow. 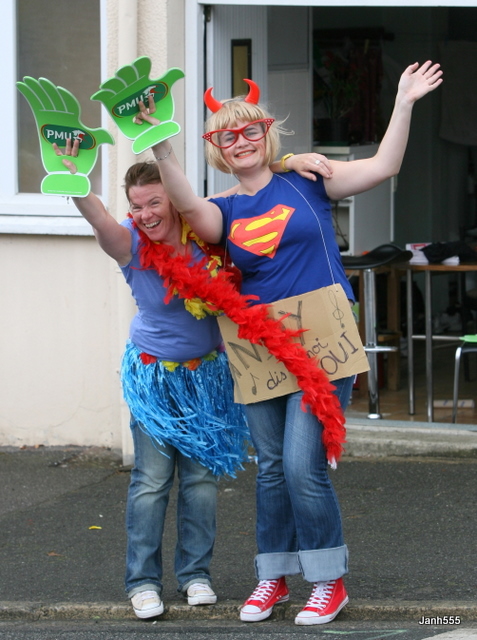 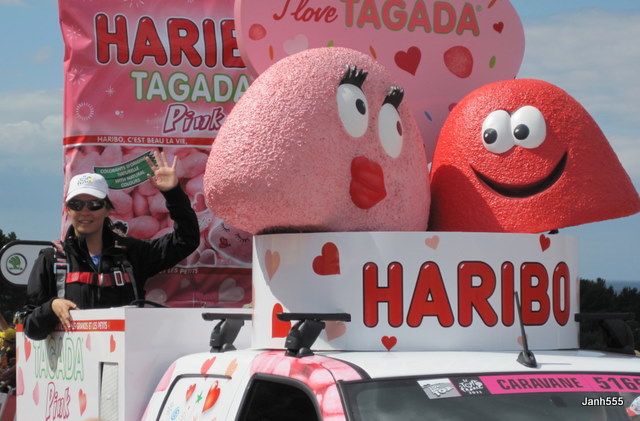 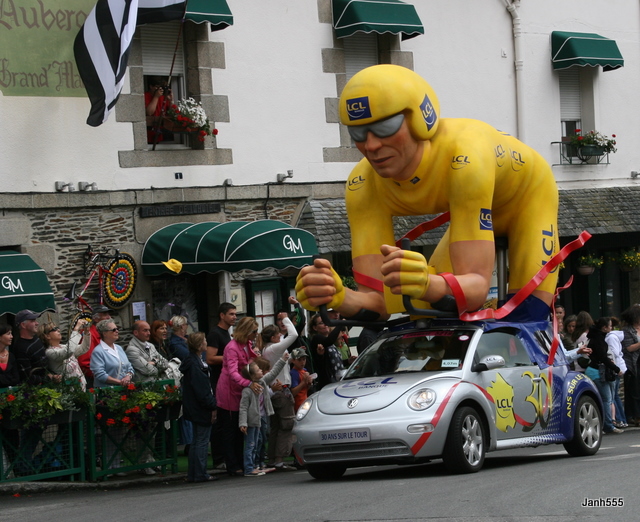